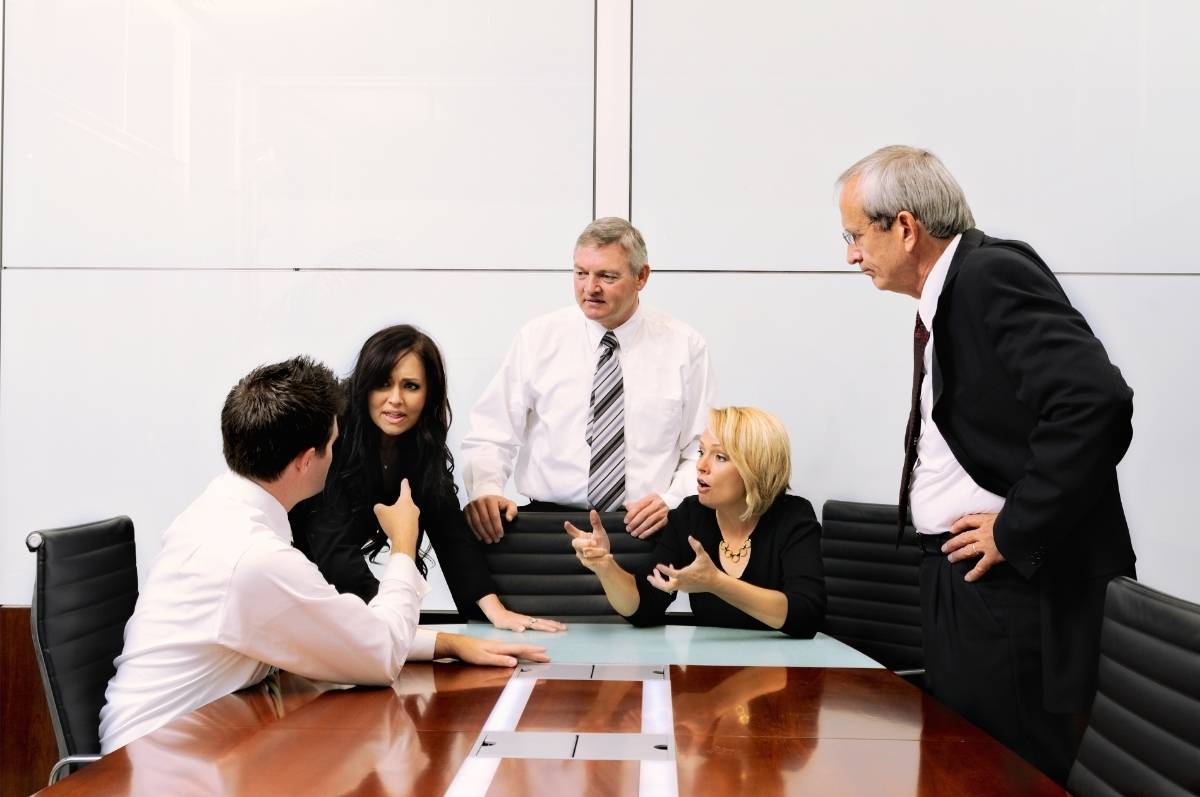 Conflict at work is inevitable. You are, after all, working with people.

In today’s culturally diverse, multigenerational workforce, it’s bound to happen. According to the Center for Management and Organization Effectiveness, a CPP study found that 85% of individuals and leaders agreed they experienced some amount of inevitable conflict at work. And 29% of all employees said that they experienced almost constant conflict.

Most people say they hate conflict, but if you avoid it, you’ll cause more problems. Using these 5 steps to conflict resolution will help you improve your skills in managing conflict as a leader, which will make you a better leader overall.

The Cost of Conflict

Conflicts can be frequent, often petty, and very costly between people speaking different languages, from different generations, and having different religious beliefs and cultural norms.

Tempers can flare, and regrettable things can be said. Employee morale takes a huge hit when conflict becomes too personal.

This interpersonal cost equates to a company cost as well. According to Pollack Peacebuilding Systems, US employees spend around 2.8 hours each week involved in conflict. That’s approximately $359 billion spent annually on arguing, usually unproductive arguing.

However, conflict isn’t something to entirely squash. The only place there is no visible conflict is in a dictatorship, and that’s not a good alternative.

Instead of trying to squelch or escape all conflict, learn to harness it for the betterment of your team and company.

nstead of trying to squelch or escape all conflict, learn to harness it for the betterment of your team and company. 5 Steps to Conflict Resolution Click To Tweet

You don’t have to like conflict in order to resolve it well. (In fact, it’s generally better that  you don’t like conflict!)

Here are 5 steps to conflict resolution that will help you harness conflict to a productive resolution.

1.Understand That Big Conflicts Are Made Up of Little Conflicts.

If you’re facing a big conflict, take a step back to look at all the smaller conflicts that are also happening.

It’s like a circuit board. Looking at the whole is complicated, but piece by piece, it’s easy to connect it all.

Understanding all of the dynamics at play will help you evaluate the situation more clearly and address every concern (not just the most obvious).

2. Remove Emotions From the Situation.

Emotions are to conflict like air is to a fire — it causes it to grow out of control.

While business is personal in many senses (you are working with people), it is still business. You are responsible to yourself and those around you to maintain a cool and calm presence no matter what other people are doing or saying.

Don’t let drama or emotional responses inflame the situation. Instead…

3. Choose to Be Generous.

When dealing with a conflict, choose generosity over anger. Be generous with your trust and with information.

First, no matter who or what started the conflict, choose to believe that the best intentions were involved. Give them the benefit of the doubt.

Instead of judging or blaming, give liberal feedback about where someone or something could have taken a different course of action. We all make mistakes, so give your feedback from a place of acceptance and trust.

Second, share context with all parties involved. People are more reasonable in their reaction if they are given a more complete picture or fuller context, describing the conditions that led to the situation and why the activity (or lack of activity) caused conflict.

For example, your team missed one month of their revenue target, and the boss goes crazy about it at a team meeting. This causes conflict because people feel compelled to defend their activity. The context might be that every other division missed their revenue target also, and now people have to be let go.

Context is a great leveler, and it always matters.

4. Stick to the Facts (Honesty Prevails).

When reaching a resolution, keep a strict adherence to the most truthful version of the facts, even if it means taking a portion of the blame.

The goal is not to point fingers or prove who’s right, but to solve the problem, so own up to your mistakes. (And don’t beat other people about the head with their mistakes.)

Calmly talk about the extent of the damage and discuss a solution that matches the severity of the situation. This may mean occasionally sitting in graceful silence rather than expressing every thought that crosses your mind.

When you focus on the facts rather than expressing opinions, you can reach a resolution faster and with less animosity.

5. Be Willing to Wipe the Slate Clean (at Least Once) if the Situation Is Resolved.

Once the situation is resolved, move on. Choose to start fresh.

Get used to the fact that you work in a passionate environment, and people will have conflict. Holding a grudge every time there’s a disagreement is unproductive and useless.

Lingering resentment will show, and it will cause further conflict. So don’t hold onto it, instead, as Taylor Swift says, “Shake it off.”

It may feel easier to hold disagreement, discord, and conflict in, but doing so has its limits. The friction will come out sometime.

If you see a situation that needs to be addressed, speak up (nicely). You and others won’t blow up if you let controversy out a little bit at a time, and you will get better at conflict resolution as you practice speaking up.

Are you facing a particularly difficult conflict at work or need help developing a calm executive presence? I’ve been working with high-level C-Suite executives for over 30 years. Contact me to discuss coaching, or if you have a group of emerging leaders, for a speaking engagement.