What CEOs Want From Their Employees 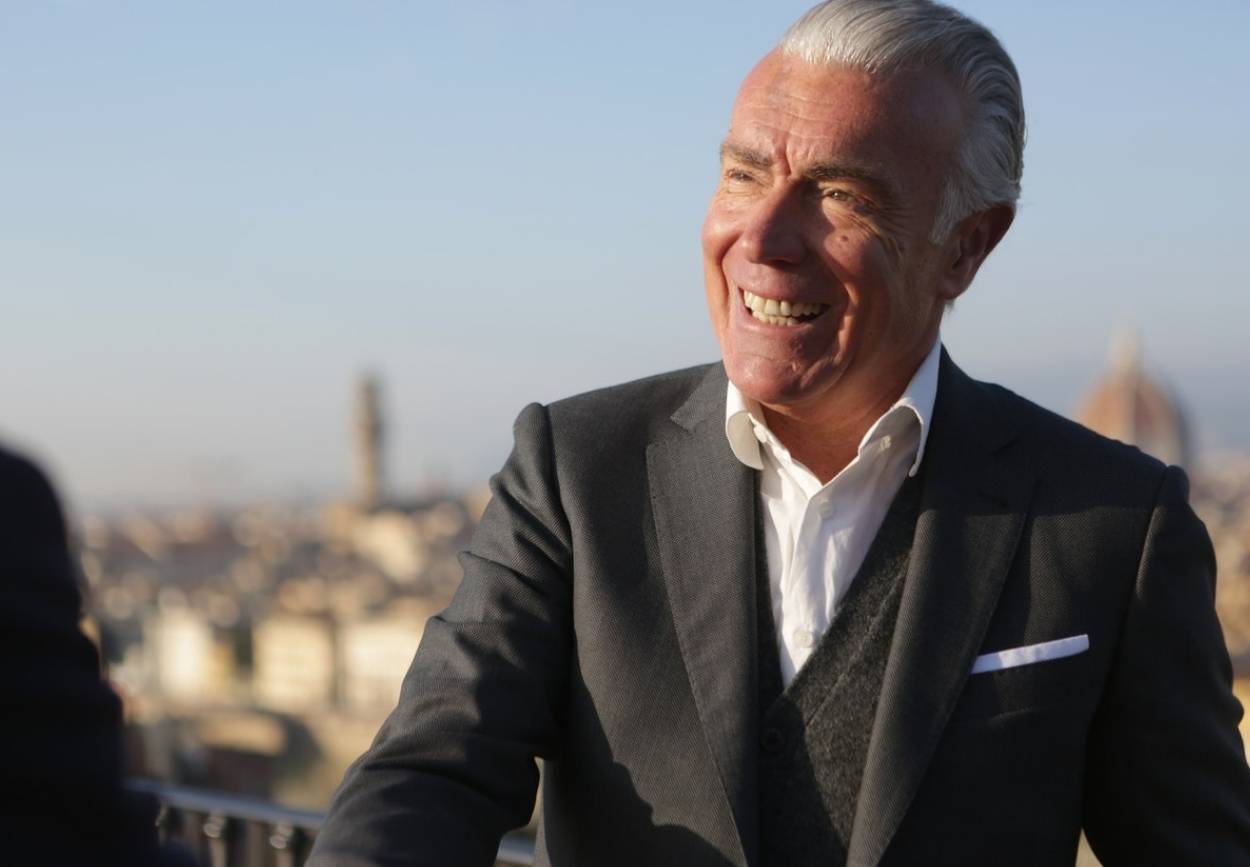 Most career-minded individuals spend some time thinking about what their boss wants from them. But if you really want to grow your career, consider not only what your boss wants from you, but also what your CEO wants . You can be an excellent employee, but if you don’t differentiate yourself in the ways that matter, you won’t get very far.

If you know what CEOs want from their employees, you can learn to stand out from the competition all the way up the ladder. What impresses a CEO will most likely impress your boss too.

What CEOs Want From Their Employees

Differentiating yourself isn’t about what you can do as much as it is about who you are choosing to be in the workplace. Your CEO is much less concerned with technical skills and far more concerned with attitude, character, and drive.

Your CEO (or boss) will probably not come out and tell you exactly what they want, but over the years I’ve heard from countless CEOs who have said the same things about what makes an excellent employee.

As you go further in your career, these qualities matter more. It’s not just about doing a good job (although that should be your foundation). When your boss gives you assignments, you will be viewed as “pretty good” if you do what’s expected. But that’s not good enough.

Your CEO is much less concerned with technical skills and far more concerned with attitude, character, and drive. @debrabenton shares "What CEOs Want From Their Employees" in new blog post. Click To Tweet

Go Beyond Your Boss’s Expectations

As one CEO explained about his thinking early in his career, “I discovered that if I met my boss’s expectations, out of the roughly 100 people that I was competing with, I’d end up in a group of 10 who got favorably noticed. And if I could put a spin on things that caused my boss to say, ‘Wow, that’s great, I never thought of doing that, instead of a group of 10, there would be only 1 or 2 who did that.”

You’ll find a couple of things are likely to happen when you exert yourself in that manner. First, you’ll likely  seem to stimulate and spur on the intellectual thought and activity of other people around you, and secondly, the boss will probably give you bigger and more important projects.

If You’re Want To Impress Your CEO, Be Willing To Take A Few Risks

Do things differently, but also be willing to take on challenges. As one CEO told me, “The secret is to get assigned things where there is little assurance that it will work. But the boss figures if anyone can get it done, you can because of your track record. That’s where your real opportunity lies.”

If early on, or at the latest mid-career, you put your trademark on a few meaty problem assignments in this manner, it will set you up for the rest of your career life or for the CEO role yourself.

A 10-year study by Harvard Business Review titled the “CEO Genome Project” found that a third of people who made it to the CEO role “early” took on a task that was too big for them. They asked their boss for additional responsibilities and it paid off in significant career growth.

Your willingness to push yourself a little more than the competition will help you differentiate yourself, but in addition to excellent work and a drive to succeed, you need to understand four key things.

Understanding (and implementing) these four key things will set you light years apart from the competition and make you the kind of employee any CEO would want.

1.  You Being Trustworthy Is More Important Than You Being Smart.

Perhaps the word I have heard most often from CEO and C-level executives as to what gets their positive attention is “trust”:

Although trust can be a little murky to define, when CEOs discuss the topic, they’re talking about integrity, honesty, morality, principles, ethical behavior, character, and being upright.

Now those attributes might seem odd, since “chiefs” of all types are often the people being pointed out as lacking such qualities. While it’s true that not all business leaders are pillars of perfection (some CEOs and C-level executives are liars, cheats, and lechers), I carefully choose the people I interview when I’m writing for you. They are the good ones as opposed to the not-so-good ones.

Regardless, of whether you have a straight-shooting CEO and/or manager or not, I can assure you of this:

As it was put to me, “In a job you are either tutored for development, or you are used for what they can get out of you. Even if you are off-the-charts brilliant, [if you lose their trust], you will be just an exotic menial.”

If your boss trusts you and she does not need to be “on guard” about your behavior, you’ll stand out positively.

2.  You Being Self-Confident Is Often More Important Than Intelligence, Skill, Or Talent.

If you are extremely smart, experienced, skilled, and talented, and have great ideas, but you are too timid or hesitant to step up and speak up, you’re unlikely to go anywhere in your career. You cannot impress any boss without some self-confidence.

Business befriends the self-contained. CEOs would rather have a self-assured individual than an individual who is only smart. No one is more difficult to work with than an insecure person, who you have to coddle and walk on eggshells around.

One of the most important differentiators in life is being undaunted, unflappable, and broadly adequate, meaning that you have a feeling of self-worth, self-respect, and self-approval. If you don’t have a measure of self-confidence, you’ll find that your boss likely will not have much confidence in you either. After all, if you don’t believe in yourself, why should he or she?

There are a few exceptions to this, but another person’s confidence only goes so far. At some point, you have to choose to be confident. You either give an undaunted, unflappable, confident mindset to yourself, or you deprive yourself of it. Having it is the best insurance toward differentiating yourself and controlling your own destiny.

Business befriends the self-contained. CEOs would rather have a self-assured individual than an individual who is only smart. Click To Tweet

3.  You Can And Should Argue With The Boss As Long As You Do It With Respect And You Have A Valid Point To Make.

Don’t be a sycophant. Push back. As one CEO told me, “A reverberation of your own thoughts is okay for a little while, but you soon get tired of it.”

If you strongly disagree with an approach, a task, an injustice, or anything that pertains to achieving your or the company’s mission, tell your boss how you feel directly. If you have information that differs from the boss’s position that will genuinely move the company (and not just yourself) forward, you have to talk to his or her.

To push back does not mean to argue with no merit or to be a troublemaker or rabble-rouser for no reason. It means to pleasantly but assertively question. And it means to get to an understanding of what she is saying, and then explain how and why you see it differently.

If you strongly disagree with an approach, a task, an injustice, or anything that pertains to achieving your or the company’s mission, tell your boss how you feel directly. Click To Tweet

4.  You Being Great Is Necessary But Not Sufficient; You Have To Make Others Great, Too.

If you aren’t a quality individual, you can’t positively affect others. And if you are such a person—trusted, comfortable in your own skin, able to engage others, and doing a stellar job— it all amounts to nothing unless you can help others in those endeavors as well.

Assisting other people in achieving their day-in-day-out grind, not just their end goals, happens less than you would think—that’s why you’ll find your boss and/or CEO noticing you if you do it.

It’s only at the entry level where you’re assessed by what you alone produce. At every other level, you are evaluated on how you affect people around you.

Being an indispensable solo performer isn’t enough. You have to help make others up and down the ladder be indispensable, too. When you cause people around you to be accomplished and to feel valued, strong, and talented,  you’re the one who shines.

You get noticed and “pulled up from above” as well as “pushed from below” because of what you trigger others to attain.

It’s only at the entry level where you’re assessed by what you alone produce. At every other level, you are evaluated on how you affect people around you. Click To Tweet

Choose To Be The Kind Of Employee The CEO Notices

It’s up to you to be the kind of employee your CEO will notice. No one else can (or will) do it for you. You are responsible for seeking excellence in the execution of the job at hand, regardless of whether you work for a Fortune 100 company, waste treatment plant, or even a politician.

More importantly, you are responsible for developing your drive, attitude, and understanding of what your boss wants while doing your excellent work. Whether you are entry-level or on your way to the C-suite, you can choose now to differentiate yourself from the competition and be the employee any CEO would want.

If you want to get noticed in the workplace, consider coaching to help you achieve your career goals. One client stated, ““From Debra’s nuanced advice I figure it’s added $400,000 to my income over the last four or five years.” Contact me today about a long-term coaching relationship.