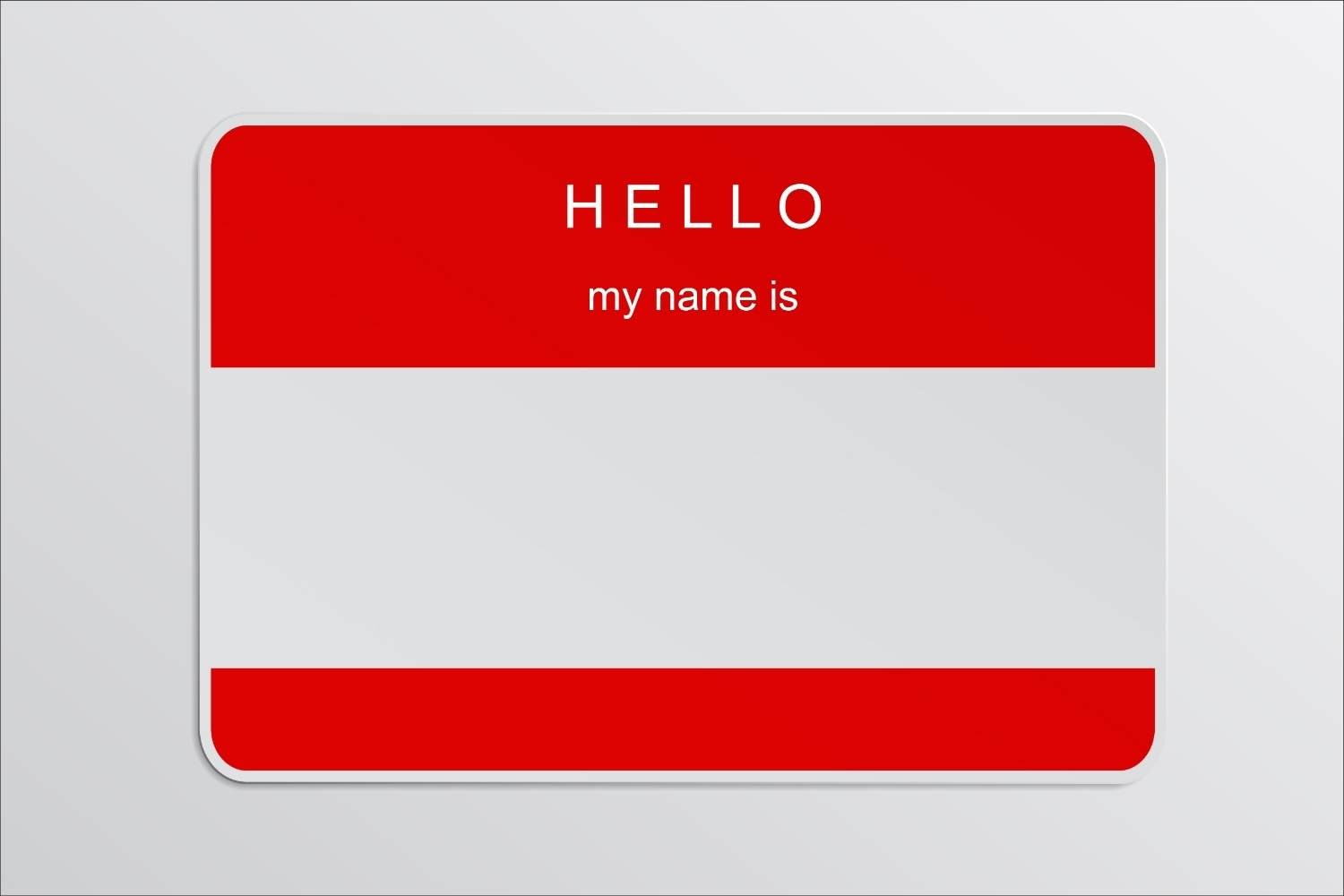 You probably like to hear your name favorably called out. This is not you having a big ego, it’s you being human. Studies show that hearing your name activates your brain differently than hearing someone else’s names. We are wired to enjoy positive recognition.

Others feel the same way. People never forget that you remembered their name and they love to hear you say it. As Dale Carnegie said, “A person’s name is to him or her the sweetest and most important sound in any language.”

Learning people’s names, and then using them in conversation, is a must in today’s socially distanced world. With handshakes on hold and smiles often hidden behind masks, saying a person’s name is a great way to create a personal connection that works well in-person and online.

People never forget that you remembered their name and they love to hear you say it. Check out @debrabenton's four step process for learning people's names. Click To Tweet

It’s funny; the same guy who says he can’t remember names remembers the Tennessee/Florida football game score in 1991 or the wine he drank in Tuscany two summers ago.

Why does he remember the score? He watched the game so he heard the score (over and over). He talked about it with his buddies after the game, repeating the score. He read the newspaper articles about the game the next day, seeing the score again.

Why did he remember the name of the wine? He read the label when it was placed on the table, sniffed the cork, maybe even saved the cork and soaked the label off for his scrapbook. Later he shopped for that specific wine at the market, repeating the name to the clerk.

The steps required to remember anything are this: hear it, repeat it, read it, use it.

To remember names, it is first of all important to make sure you hear it. As one person said, “As soon as he told me his name, it went in one ear and out the other.” Even if you have a million other things buzzing around your head, focus on the moment when someone shares their name so that it goes in one ear and stays there.

When you introduce yourself to others, you generally hear only your own name. No wonder you don’t remember theirs. When they say their name, clarify the pronunciation if it’s unusual and verify it. “What is your name, again, slowly?” Or if you heard it clearly the first time, “It’s Seth, right?”

To further associate the person and the name you can ask a question such as “How do you spell that?” “Is that a family name?” or “What inspired that name?” If there is a story, people like to tell it.

If you get the person’s business card, look at it and read the name. Tying the visual with the audible doubles your chance of remembering. Add a note on the back about something you learned about the person in the conversation, the “do list” item you want to follow-up with for the person, or some distinguishing characteristic.

If you don’t receive a business card and you want to be sure to remember the person’s name, take a minute to jot it down when the conversation is over so that you see it in writing.

Use The Person’s Name

As soon as possible, use the person’s name in conversation. If you are in a group, introduce him or her to another person. State the second person’s name clearly, so it increases the chance of the first person hearing and remembering it also.

When I’m walking my dog on the bike path and people stop, chat, and bend down to pet him, I’ll volunteer, “His name is Scooter,” and inevitably the person will say, “Scooter, you’re a good dog” or “Scooter you’re a cute dog.” And when we depart, they’ll usually say “Good-bye Scooter.” Weeks later when I run into the same people, they’ll say, “Hi Scooter.” They remembered the dog’s name because they repeated it so many times. (Of course, that’s no guarantee they’ll remember mine!)

You don’t want to talk to other people like they are a puppy, but you do want to use their name throughout the conversation in an affirming and pleasant way. The more you use a person’s name in a positive context, the more you communicate your value for them as a person, and the more they will associate you with feeling good about themselves. A name is a powerful tool for building someone else’s esteem and your own reputation as someone worth knowing.

If you’re with someone who can’t remember the name of the person you are both meeting, you can be the one to initiate an introduction, “I’m Debra Benton, this is my friend Kristie.” Then pause and let the person say his name. You end up making it easier and smoother for both of them (a two-for-one maintaining of esteem!).

Even if you are alone when you meet a person again, volunteer your name first to make it easy on him or her, even if you don’t remember the person’s name. Preferably you can say, “Roger, nice to see you, Debra Benton,” but if you can’t remember his name, you can say, “Hello, I’m Debra Benton,” and pause. He’ll likely volunteer his name. This time, make sure you register his name in your memory so you do remember next time.

If you are meeting via Zoom or other online service, make sure you have your full name (and only your name) listed. If you are with several other people in the same room, be sure to introduce them clearly and distinctly. If possible, consider adding their names to the group chat so everyone can see their names in print. While you can’t exchange business cards via videoconference, you can see everyone’s name in the participant list, so use that to your advantage as you are learning people’s names.

Normally, I would also encourage you to give a good firm handshake and smile when you first meet a person. A good handshake and a smile make a strong connection. The smile will still communicate in your eyes if you’re wearing a mask, but a handshake likely won’t be appreciated. It’s a tool to save for the future though, so don’t forget it!

Also, when we return to the days of meet and greets and you wear a nametag, place it on your right shoulder, not your left. It’s easier to read when people shake hands with you, or wave at you from six feet away, because they can see it and therefore remember it. I saw a man in a wheelchair put his nametag on his hat to make it easier to read.

The Power In a Name

Learning people’s names is an essential part of networking. People generally like to hear their name so you are creating a favorable impression of yourself every time you use someone’s name correctly in conversation. At the same time, you are building up the esteem of the person you are addressing by communicating that they matter enough to know and remember. Learning people’s names takes a little effort but the pay-off for you and for them makes it a step well worth taking.

Interested in training for your team or business? I am available for webinars as well as one-one coaching sessions.  Contact me about a webinar for your organization or book me for a Bite-Size Executive Coaching session today.