Be Yourself At Work, Unless You’re a Jerk 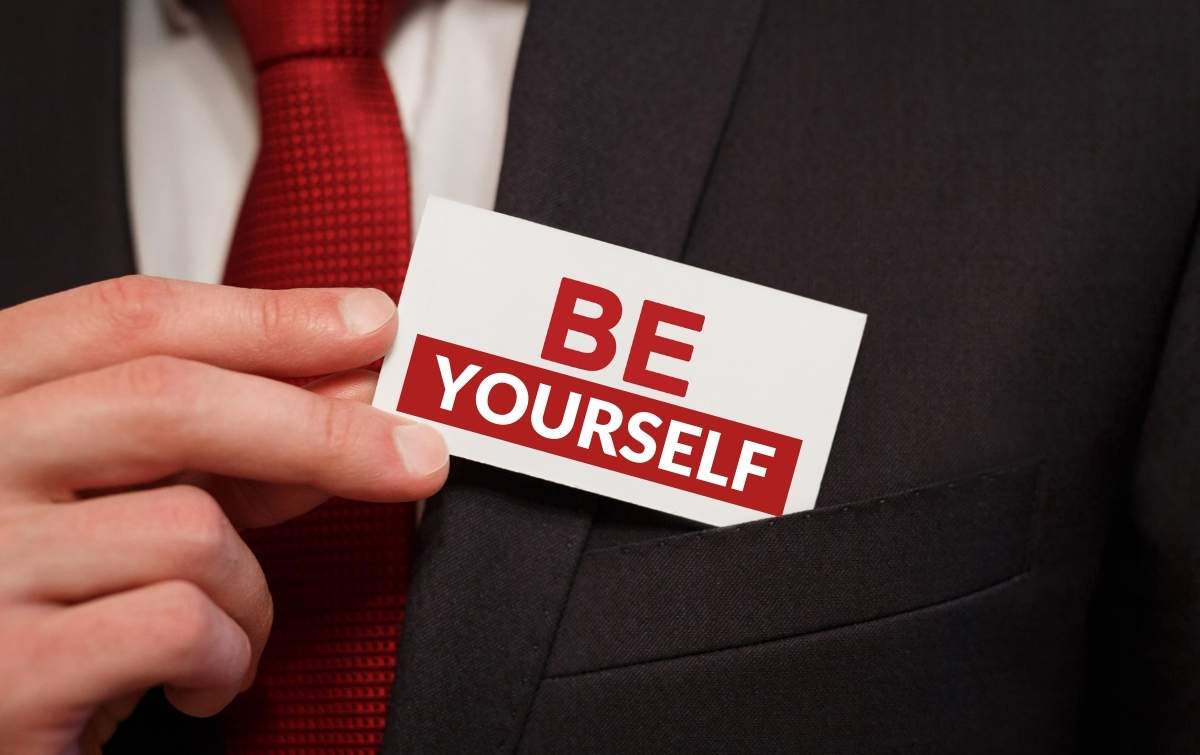 You don’t have to change who you are to be successful in your career.

You may have to change some habits and add a little “window dressing” to your appearance and comportment, but part of what makes you unique and help you stand out from the competition is that you are, well, YOU.

So be yourself at work…. unless you’re a jerk.

According to a study commissioned by Connectria, jerks at work contribute to low employee morale, an inability for employees to get their work done, and decreased product quality.

No one wants to be near the jerk at work, but in that same study, one in five employees admitted to being the jerk.

No one wants to be near the jerk at work, but one in five employees admitted to being the jerk. Be Yourself At Work, Unless You're a Jerk Click To Tweet

“Be Yourself At Work”? What Does That Mean?

Being yourself at work does not mean ambling into the office on Monday with your pajama pants and crazy bedhead.

It does mean being authentic. Don’t pretend to be something you’re not.

If you are outgoing, leverage your charisma to build connections and create a stronger team. If you’re introverted, thoughtfully observe the environment and problems before you and then present your unique perspective.

Does this mean you shouldn’t try to develop areas that aren’t natural to you? NO.

You should strive to grow and keep learning as a leader. This may mean you change some long-held habits because they no longer serve you. You may need to develop some new habits because they’re more closely aligned with the authentic person you’re becoming.

But growing and changing is still part of being an authentic leader. So be yourself at work….unless you’re being a jerk.

How To Tell If You’re Being A Jerk At Work

One of the key signs of being a jerk is arrogance (a swollen ego with indifference to others).

It’s arrogance, not confidence, when you:

A truly confident person does not have to put on a front or be in front all the time. They value who they are, what they know, and what they can do, but they’re not afraid to admit when they might be wrong or need help.

True confidence is not about getting an ego lift, but about being a part of something bigger.

Arrogance, on the other hand, is really just an inferiority complex mistakenly labeled a “superiority complex.” And it doesn’t help anyone…including you.

I’m all for confidence, but never arrogance.

True confidence is not about getting an ego lift, but about being a part of something bigger. Be Yourself At Work, Unless You're a Jerk Click To Tweet

One key danger to avoid is that even if you are not typically a jerk, you can still act like one during a crisis or tense situation.

There WILL be stress in your business life. The heat of the moment can cause you to do something that undoes years of good work.

So be really careful in the following areas when the going gets tough:

If this list is descriptive for how you operate on a normal basis, then you need to implement some behavior changes yesterday so you can regain the respect of those around you.

If you feel unsure of where to start, consider executive coaching or finding a good mentor.

Good Leaders Are Authentic… And They Aren’t Jerks

My mentor, Curt, used to say “Be yourself, unless you’re a jerk.” It’s advice I’ve often remembered and even more often wished others would take to heart.

There is never a reason to be arrogant, rude, or demeaning to others. If you’re hoping to make an impression at work, that’s not the one you want.

You can be yourself at work and be successful and respected. You can’t be a jerk and expect the same.

If you’re concerned you might be the jerk at work or would like to improve your executive presence, contact me to discuss coaching, or if you have a group of emerging leaders, for a speaking engagement.