How to Apologize for a Mistake at Work 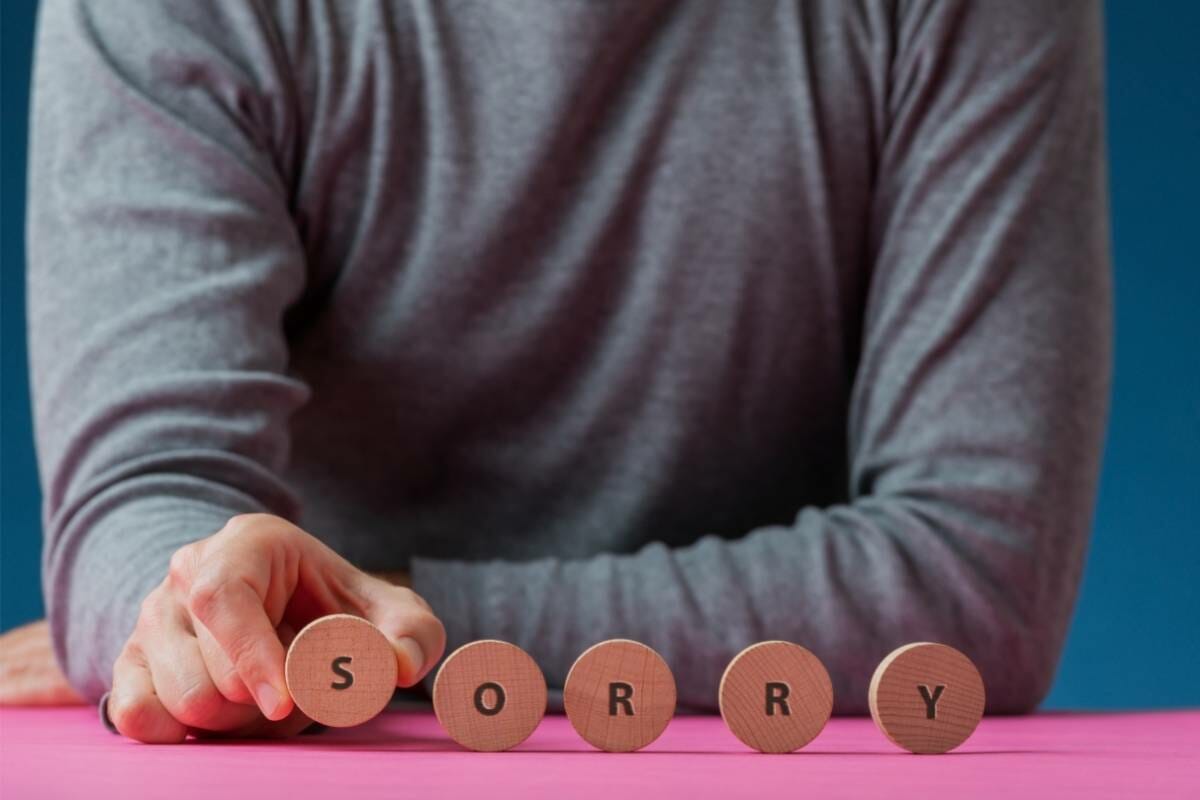 A sincere apology is an undervalued leadership skill.

Too often, it seems that the only apologies we hear from leaders are those made after they’ve been “found out.” They’re carefully crafted PR pieces, not genuine expressions of remorse.

You can do better.

I’m not advocating for constant, meaningless apologies. Nor am I saying you should apologize just to please someone else. But good leaders know to make an apology when necessary.

Taking ownership for your behavior when you’ve made a mistake, hurt someone, or disregarded your own ethics may be uncomfortable (or even painful) in the short term, but you’ll be better off doing it. You’ll have stayed true to your ethics, and you’ll have treated the people around you with the respect they deserve.

Here’s how to apologize for a mistake at work.

A sincere apology is an undervalued leadership skill. Good leaders know how to make an apology when necessary. How to Apologize for a Mistake at Work Click To Tweet

Watch Out for These Apology Traps

Powerful apologies are predicated on both awareness and self-worth.

There are two traps people fall into when it comes to apologies. The first is that they never recognize when they’ve done anything wrong. They don’t listen to others’ feedback, and they don’t pay attention to how their behavior impacts others.

The second is apologizing too much. A survey conducted by the Blind Blog showed that 52% of male professionals and 61% of female professionals over-apologize. One of the main ways this happens is through the constant use of “I’m sorry.”

It’s highly unlikely that you have so many things to apologize for., and when you actually do make an apology-level mistake, your “I’m sorry” won’t have the same impact if you’ve already said it 50 times in the last week.

More importantly, if your “I’m sorry” is not about a specific mistake at work, it can communicate that you are unsure about yourself and your work.

Don’t apologize for being you, even if you are unsure. Instead, spend some time working on your self-confidence and choose to expect acceptance.

Eventually though, you will make a mistake that requires a heartfelt apology. Here’s to how to make the best apology at work.

How to Apologize for a Mistake at Work

There are a lot of steps here. Part of my motivation for so many is as a deterrent. If you don’t do something that requires an apology, you don’t have to go through all the steps too often!

1. Know what you’re apologizing for.

Be clear with yourself about what has happened and what the consequences are. Your apology should come from a sincere understanding of the mistake and its consequences, not from a desire to pacify others.

2. Take action sooner rather than later.

Once you know an apology is needed, don’t wait until it’s convenient for you. Making the situation right should be a priority.

3. Don’t avoid and skirt the issue (the way some politicians do when they routinely refer to their mistakes as “oversights”).

Take full responsibility for your actions. Don’t downplay the repercussions or minimize how it may have impacted those around you.

4. Think through what you want to say.

A good apology will reflect the time you’ve spent considering the situation. Think about what you would want to hear if you were in the other person’s shoes.

5. Phrase it carefully, write it down, and rehearse it.

You don’t want to make the situation worse by saying something insensitive or not communicating your intent clearly. It takes a little more time to plan what you will say, but your delivery will be smoother making you better able to connect with the other person.

Be considerate in your choice of location and timing. If you flex to the other person’s schedule, they’ll be much more receptive to your apology.

7. Be genuine and sincere when you express regret.

The only thing worse than no apology is a fake apology. No one wants to be lied to. You’ll lose even more of the other person’s trust and confidence in you and if you don’t genuinely understand what you did wrong, you’re unlikely to learn from your mistake and get better.

The words “but”, “I was just trying to” and “extenuating circumstances” should not show up in your apology.

9. Explain the change that you will make to remedy the wrong: “Here’s what I’m doing…” (and then do it).

While you can’t always fix your mistakes, doing what you can to make amends and reparations and make the situation right communicates your regret more powerfully than any words you might use.

10. Explain the actions to be taken going forward to prevent a repeated incident.

A true apology is as much about how you will change as it is about owning up to what you have done. Let them know that you have considered your behavior and will do what it takes to change. I’d also suggest that you explain the likely penalty if you don’t carry out your commitments, so they know you are serious.

It’s a lot of steps but it will 1) help you remember your mistake so as not to repeat it, and 2) show the depth of your sincerity to those offended.

A true apology is as much about how you will change as it is about owning up to what you have done. How to Apologize for a Mistake at Work Click To Tweet

Apologies Aren’t Easy, But They’re Worth It

Making a sincere apology, on the other hand, takes thought, effort, and courage. It takes good leadership.

You can’t go back in time and fix your mistake, but you can do your level best to own your mistakes and then rectify them. And when you do, you’ll have done the right thing and demonstrated a strength of character that others can respect and follow.

I’ve been working with high-level C-Suite executives for over 30 years. If you could use developing your leadership skills or tackling a thorny challenge, contact me to discuss coaching, or if you have a group of emerging leaders, for a speaking engagement.